As Another Coronavirus Begins to Spread, Follow Reasonable Precautions and Avoid Fear-Mongering

Emerging infections are part of our world—more evident these days because we have the tools and global communication networks to quickly identify them. This month, we’ve begun another crash course in the initial management of a new pathogen.

Rumors of a concerning cluster of undiagnosed pneumonia in Wuhan, China, surfaced on social media on December 31. The patients weren’t responding to antibiotic therapy, but tests were negative for the usual viral suspects. World Health Organization staff quickly connected with Chinese health officials and testing and epidemiological investigations kicked into high gear.

Many of the infected patients had worked at a fish and live animal market in Wuhan, suggesting that the illnesses might be zoonotic (passing from animals to human) in origin. On January 7, the pathogen was identified as a new coronavirus, related (though not closely) to the coronaviruses that cause SARS and MERS. The viral genome was quickly sequenced, and on January 12, China shared the genetic sequence with the global scientific community. By January 16, the German Center for Infection Research had developed an RT-PCR test for the novel coronavirus (2019-nCoV).

This is an extraordinarily short timeline from first clinical cases to the availability of a test for screening.

The virus has emerged in the middle of the winter virus season, and it presents as many other respiratory viruses do: with fever and cough. After less than a month since the outbreak began, there of course are still key questions to answer.

How did this virus first infect people?

The virus is closely related to bat coronaviruses. Bats are reportedly seen regularly in the live animal markets in Wuhan. But did the initial patients acquire the virus directly from bats, or is there an intermediate animal host, as has been widely speculated?

What is the incubation period (the period from infection to the development of symptoms)?

While this is not yet clear, the median incubation period for SARS and MERS is five to six days. The period for 2019-nCoV is likely to be similar.

Is there person-to-person transmission?

In one of the early cases, a man who worked at the market became infected. His wife, who denied visiting the market, became ill soon after. This suggested that the virus could be transmitted from person to person at least after close and prolonged contact. Since that time, the growing number of cases in people with no exposure to the original market or to any other live animal market (including two U.S. cases so far), as well as the confirmation of infection in 16 health professionals suggest that person-to-person transmission is not an isolated event.

However, the ease or sustainability of transmission is not yet clear. The virus probably spreads by respiratory droplets. But is it a highly contagious respiratory infection, like measles, or one that requires much more prolonged exposure, like tuberculosis?

What is the clinical spectrum of this disease?

The evidence thus far is that the overwhelming majority of cases present with mild to moderate, self-limiting symptoms. It’s likely that many infected people don’t seek medical attention. There is not yet a serology test for 2019-nCoV. When one is available, serological testing of contacts of cases and large groups of people will reveal whether there are many more asymptomatic or mild cases than are now known.

How deadly is the virus?

As of this writing, the WHO reports 582 cases (11 outside of China). Of 571 cases in China, 95 are severely ill. There have been 17 deaths. In a recent ProMED-mail post, Monir Taha, associate medical officer of health in Ottawa, suggested that the death rate of this new virus may be much closer to that of influenza than of SARS or MERS.

The CDC has already posted extensive guidance for screening, testing, and managing suspect and confirmed cases of 2019-nCoV. At this time, CDC experts consider the risk to U.S. residents to be low, but the situation is rapidly evolving.

While the answers to central questions remain unknown, don’t let media fear-mongering make you forget what you know well. Follow the latest guidance from the CDC, and think critically! (During the Ebola crisis in 2014, a friend here in the U.S. visited her gynecologist and was immediately isolated after she reported travel to—France.)

We know the usual reasonable precautions.

We know what to do for respiratory viruses and how to identify patients who are at greatest risk during the respiratory virus season: smokers, people with asthma or COPD, those with compromised immune systems, the very young, and elders. Proceed as you always would: 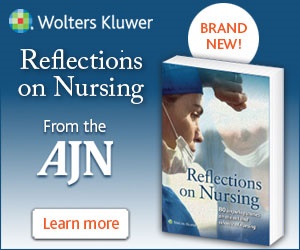